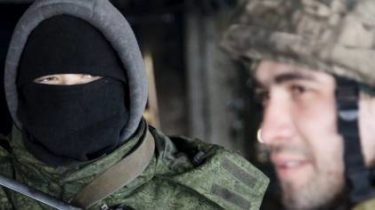 Illegal armed groups ORDO trying to discredit the leadership of Ukraine in violation of international law.

This was stated by the Ukrainian side of the JCCC, the press center of staff ATO.

“The Ukrainian side of the JCCC reported that in the future in the information space of the media ARDLE up fake news reports with statements of leaders of illegal armed groups ORDA to discredit the leadership of Ukraine in violation of international law.

In the SCCC noted that on 17 April, on the website “Luhansk information center” published a material with the statement of the representative of the so-called people’s militia ORLO Colonel Andrew Morocco called “APU stored in warehouses in Stanichno-Lugansk the area of toxic substances — the people’s militia”. 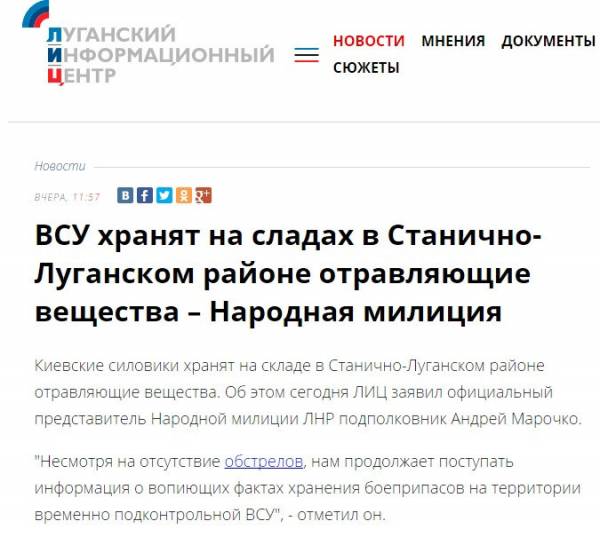 “Information contained in this information material is not true, because the leadership of the state on 13 January 1993 had signed the Convention on the prohibition of the development, production, stockpiling, use of chemical weapons and on their destruction. This international Treaty in the UN in the field of arms control, aims for the total ban on the production and use of chemical weapons, given the harm to the environment and human health, and defines the obligations of States parties in this area,” refuted the statement of the militants in SCCC.

“Ukraine, unlike the Russian Federation and its assistants face in the management of NZF ORDO, these commitments are fully implemented, the obligations under the Convention on the prohibition of the use, stockpiling, production and transfer of anti-personnel mines and on their destruction, which aims to end the use of landmines as a means of armed struggle”, — said the Ukrainian side.