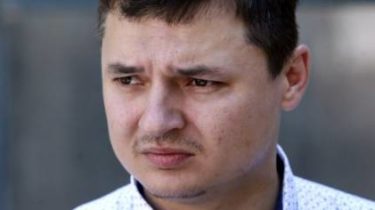 Drew attention to the changes in his Declaration the head of the Center of counteraction of corruption Vitaly Shabunin.

“Congratulations Vladimir Krivenko Deputy Nazar Holodnitsky – with the purchase of new cars for almost 1 million UAH”, – said in a statement.

Other changes in the Declaration in 2017, he pointed out a loan at credit Agricole Bank in the amount of 667 thousand UAH 382 and the income from alienation of property 270 thousand hryvnias.

We will remind, earlier on the website of the National Agency on corruption prevention appeared electronic Declaration of the Director of NABU Artem Sytnik, which deals with the acquisition of KIA Sportage 2017 issue worth more than 800 thousand hryvnia.

The head of the Bureau explained that I bought the vehicle on their own savings, plus the proceeds from the sale of the old machine.

In an interview with TSN Sytnik told what kind of relationship it has with the GPU and SAP, at what stages are high-profile cases and why not consider an outrageous salary in 300 thousand hryvnias for judges of the constitutional court.