Two of the wounded of the Volunteers and shelling from heavy machine guns. Day in the occupied Donbas 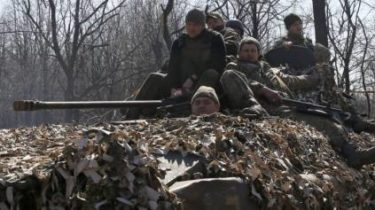 Over the past day militants 35 times opened fire on positions of the Ukrainian defenders.

On the Donetsk direction in the areas of the settlements Avdiyivka, Kamenka and the end of September, the terrorists fired rocket-propelled grenades of various systems and machine guns of large calibers. On forces ATO Experienced in Sand and shot from heavy machine guns.

On Lugansk the direction from automatic grenade launchers, mortars of caliber of 120 mm and 82 mm terrorists beat at reference points near Katerinovka. At the positions near the Crimean mortars caliber 82 mm, and in the Village of Lugansk and PPE from small arms.

Over the past day two Ukrainian soldiers were injured.