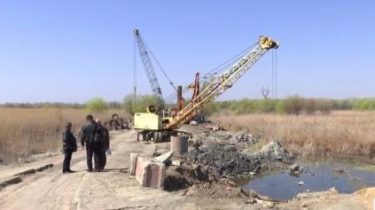 In Odessa region began construction of a bypass road near a demolished bridge on the highway Odessa-Reni.

On the eve of the deputies of the Moldovan village of Palanka approved the temporary allocation of land, which will be a detour. It will relieve the only path that now passes through Bilhorod-Dnistrovskyi and Zatoka resort. During the day, passing here more than two thousand units of transport.

To build a half-kilometer detour Moldovan territory road builders promise for the may holidays. Completely open communication between Odessa and Bessarabia in the autumn.