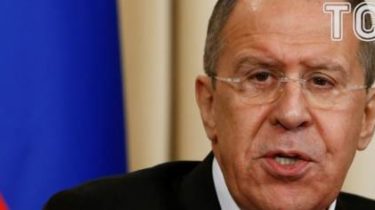 The Russian foreign Ministry decided to comment on yesterday’s decision by the International court in the Hague.

This is stated in the official comments of the Ministry in Facebook.

“It is important that the Court took a principled stand and did not support the Declaration of Ukraine on the alleged “aggression”, “occupation”, or on the status of Crimea as not related to the essence of the proceedings,” – said the Russian Ministry.

According to Russian officials, the court imposed 3 interim measures: one is the availability of education in the Ukrainian language, the second possibilities of the Crimean Tatar community to have their representative institutions and the third addressed to Ukraine and Russia to avoid actions that could lead to an increase in dispute.

“The court, without a vote, acknowledged that the claims of Ukraine to Russia under the International Convention for the suppression of the financing of terrorism are unfounded and, accordingly, the conditions for the application of the provisional measures do not exist,” – said in Lavrov.

The foreign Ministry rejoice that “claims of Kiev about the fact that Russia, they say, pursues a policy of erasing cultural identity of Ukrainian and Crimean Tatar communities, was not supported”.

“The court also did not consider reasonable a number of charges of Ukraine, such as the alleged existence of ethnically motivated disappearances, killings and detentions in Crimea, the persecution of the media and public organizations, the ban on holding rallies and public events to representatives of the Ukrainian and Crimean Tatar communities, or the inability to receive education in the Crimean Tatar language”, – stressed in the Department.

According to Kiev, under the accusation falls within the support of Moscow militants in the Donbas — six articles 28 here could be broken. It and operations groups and providing safe haven to militants on its territory, involvement in the deaths of civilians — in particular, to the crash of flight MH-17.