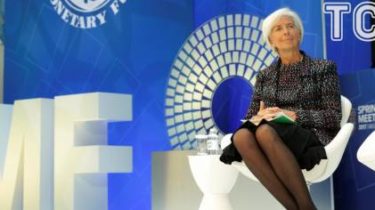 To receive the next tranche from the International monetary Fund , Ukraine needs, first and foremost, the law to run a pension reform.

“There are some key terms to get the next tranche. Very important is the pension reform. Without pension reform will not tranche,” – said Finance Minister Oleksandr danylyuk, quoted by UNIAN.

Danyluk is now in the US, where he met with the leadership of the IMF, world Bank and investors.

“Rating agencies positively assessed the progress in reforms and fruitful cooperation with the IMF, but stressed the need to ensure political stability and reduce public debt. Also waiting for the pension and land reforms, as important indicators of the readiness of Ukraine to make serious changes,” – said the Minister on his page in Facebook.

We will remind, the government is now finalizing the draft laws on the pension reform, whose main task – to reduce the deficit of the Pension Fund. Promised in the near future to disclose the documents. And in the case of adoption by the Parliament want from 1 October this year to increase pension.