We are on the right track: Poroshenko commented on the decision of the court of justice 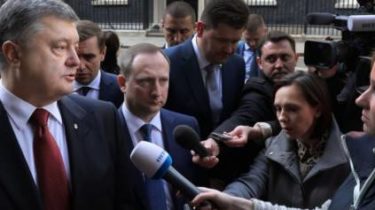 The President of Ukraine Petro Poroshenko commented on the decision of the International court of justice in the Hague on claims of Ukraine against Russia.

“This is a very promising solution,” the President said to media representatives in London, commenting on the decision of the court in the Hague.

“We are confident that we are on the right track. We look forward to the successful consideration of these Affairs”, – concluded the head of the Ukrainian state.

We will remind, on April 19 the international court of justice has agreed to introduce measures against Russia for the protection of national minorities in the Crimea at the suit of Ukraine.

In its decision, the court of justice ordered Russia to refrain from the restrictions of the Crimean Tatars for representation of their interests, including the resumption of the activities of the Parliament, and to enable the restoration of Ukrainian education.