The militants fired at Marinka, leaving part of the city without light 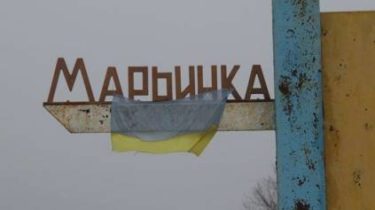 In the Donbas the militants shelled and de-energize the part of Marinka.

“Invaders all night shelled Marinka and surroundings. There is destruction of houses. Part of the city whatsoever,” he wrote.

According to Zhebrivsky, in the yard of a house discovered a 120-millimeter dud.

“Now the municipal services and the military civil-military cooperation working to restore electricity and repair of homes,” he added.

We will remind, for the past day in the area ATO recorded a worsening. Killed two Ukrainian soldiers, eight soldiers were wounded.