The names of those killed after the Easter truce soldiers 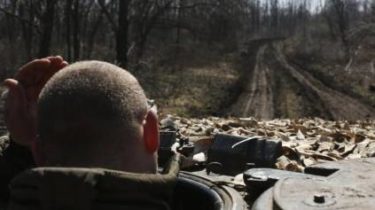 Today, April 21, the day the militants continue shelling in the area of Avdiivka fired shells 82-caliber pistol, was heard rocket-propelled grenades and machine guns, the correspondent of TSN.

And the day before for the first time in three weeks, the enemy used a tank and released two dozen shells. One of the tank shells hit the dugout, where were two men – chances to survive at them was not.

Dead – 29-year-old Sergeant Vasily Nizhenskogo and 20-year-old soldier Aleksandr Kiriyenko. The last age could not go to a war zone, but he volunteered to go straight to the front.

In General, the whole sector “Donetsk” there are eight wounded, was taken to a mobile hospital in Pokrovsk. They say several wounded national guardsmen, two of them in serious condition. Have wounds to the stomach and chest. They operated on the spot and evacuated to the hospital of the Dnieper. The lives of the other wounded no danger, they will be recovered on the spot.

Recall from the powerful attacks of the partially de-energized Marinka.