The court chose a measure of restraint for Martynenko 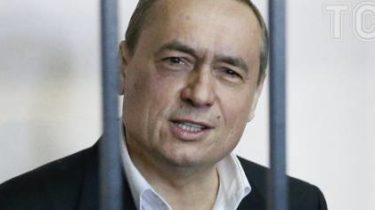 The Solomensky court of Kiev chose a measure of restraint for ex-the Deputy Nikolay Martynenko, who is suspected of involvement in the schemes of embezzlement of state enterprise “VostGOK” by 17.28 million dollars.

“Apply to Martynenko, the measure of restraint in the form of personal surety,” the judge read out the decision and announced the list of the names of MPs, while rejecting the request of prosecutors.

In particular, among them the people’s deputies from “popular front” Pynzenyk, birch, Teeruk, the Minister of youth and sports Zhdanov.

The judge also ordered Martynenko to inform the court about the change of residence, be on the call for investigation, to refrain from communicating with a number of individuals appearing in the materials of suspicion and hand over all the documents to travel abroad.

After the decision Martynenko thanked all guarantors and stressed once again that is not going to run from Ukraine.

A consequence of the NEB determined that these funds are spent including for rental property in the EU for the needs of family members of suspects, the payment of medical services and the services of lawyers for the protection Martynenko in another criminal case against him was opened by the Prosecutor’s office of Switzerland. On the acquisition of uranium concentrate, the company Steuermann, controlled by Martynenko, Navarro 17,28 million dollars.

Holodnitsky said the punishment Martynenko, and called the second person involved in his case

“This case is political and not supported by any evidence,” he said.

Specialized anti-corruption Prosecutor’s office wanted to take Martynenko in custody for 60 days, with the alternative of Deposit of 300 million hryvnia.