For the last day in ATO killed one soldier, three more wounded 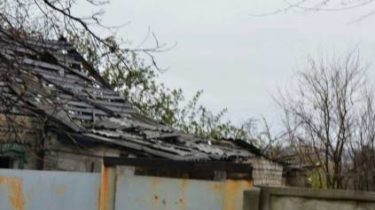 The situation in the ATO area remains tense, but controlled by the Armed Forces of Ukraine. Over the past day units of Russian occupation troops made 46 attacks on the positions of the Ukrainian defenders.

This is stated in the summary of the press center of the ATO headquarters for the past days as at 06.00 on 23 April 2017.

“The largest number of armed provocations of the enemy was recorded in the Donetsk area. So, mortars caliber 82-mm grenade launchers of various systems and heavy machine guns of the enemy opened fire on the strongholds near Avdiivka, the mine Butovka, Verhneuralskogo and Luhansk. The defenders Zaytsevy, Sands, and the Heater fired rocket-propelled grenades and machine guns of large calibers. The armament of infantry fighting vehicles used in the area of human settlements Lugansk and the end of September. Near the mine “Butovka” acted enemy snipers,” – said the headquarters of ATO.

On the seaside direction, fire mortars caliber 82 mm, the enemy covered the defenders of Shirokino and Marinka. From APCS, grenade launchers of various systems and heavy machine guns the enemy fired on the marine patentah under Water. Machine guns of large calibers used in the district Lebedinsky, and near Taramchuk and Gotovogo – small arms.

“At the Lugansk direction, from heavy machine guns, mortars of calibers of 120 mm and 82 mm, the enemy fired at positions near Katerinovka. Small arms beat at the strong points of our troops near the village of Lugansk technology,” reads the summary.

Over the past day, one soldier of the Armed forces of Ukraine were killed and three others injured.