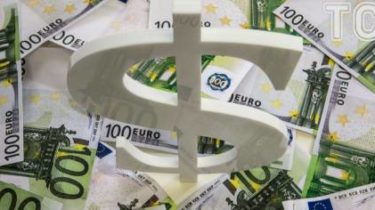 On the news of the victory of Pro-European candidate, Emmanuel Macron in the first round of the presidential elections in France took place jump indicators on European stock markets. And they were in favor of the richest people in Europe – for Monday, April 24, they also earned 27 billion U.S. dollars.

Stock market indicators rose to 17-month highs. And it brought to European participants index an increase of capital of 2.6%. About it writes Bloomberg.

Most of all grew as Spanish billionaire Amancio Ortega – $ 2.7 billion. He is the owner of textile brands Zara, Massimo Dutti, Bershka, Oysho, Pull and Bear, Zara Home, Stradivarius and Uterque. A month ago, Bloomberg assessed the condition of Ortega at 69.3 billion is the fourth place among the richest people in the world.

Monday, April 24, European stock markets showed steady growth. The main German stock index DAX broke a record, rising by 3.37%. French stock index CAC gained 4.14 per cent, showing the highest daily growth in percentage since August 2012 and from a peak closing level from April 2015. Stoxx Europe 600 grew by 2.11%. The leading index of the British stock exchange FTSE 100 has grown for a day on 2,11%. About it writes RBC.

We will remind, the second round of presidential elections in France will take place on 7 may. Opponent Rules would be “friend of Putin” marine Le Pen.