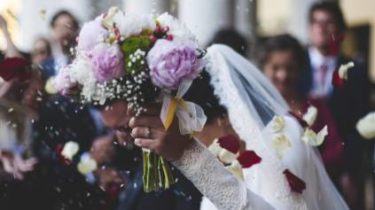 In Kiev for the next 5 days – from 26 to 30 April were a record number of applications for marriages.

This was stated by the head of the main territorial administration of justice in the city of Kiev Stanislav Kutsenko, citing data from the bodies of registration of acts of civil status, reports UNIAN.

In particular, the number of marriages these days almost in 1,5 – 2,5 times higher than the average for the same periods.

This week in the capital should get married more than 1,000 couples, and it is three times more than in any other week this month.

Kutsenko also noted that the couple rush to get married, even on weekdays.

“Interestingly, usually in may, the number of marriages is always reduced by almost half, because according to popular belief, this month is unfavorable for weddings,” he said.

He is convinced that these trends confirm that the “superstitions and omens can’t stop real, sincere feelings of love”.

We will remind, today, on April 26, singer Jamal said “Yes” to their partner to Bekir Suleymanov. Young people officially became husband and wife in the Islamic cultural city center of Kiev. The nikah ceremony lovers have been met: Jamal with his head covered and the groom in a national headdress made vows.