In Lugansk prepared to send home a party of Russians killed 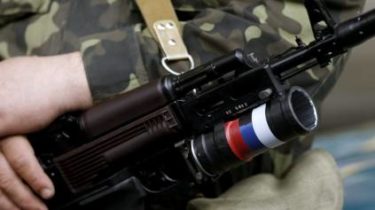 In the occupied Lugansk militants are preparing to send to Russia the bodies of dead Russian soldiers.

“In the morgue of Lugansk prepared for shipment to the Russian Federation 7 dead Russian soldiers and mercenaries killed in the past five days (“cargo 200″)”, – he said.

Besides, according to him, the result of a sniper duel between the military anti-terrorist operation and Russian mercenaries, which lasted a day and a half, was destroyed by a Russian sniper.

“In the area Bakhmutskaya track height 195,3, as a result of sniper duel destroyed the sniper of Russian mercenaries Sharifullin Rafael Zufarovich (arrived from the city of Ulyanovsk, Russia)”, – he added.

We will remind, earlier on the arc Svetlodarsk a militant sniper seriously wounded Ukrainian military. Fighter ATO was taken by helicopter to the military hospital of the Dnieper.