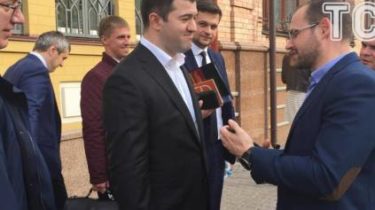 The court hearing the case dismissed the head of the State fiscal service of the Roman Nasirov, a suspect in the abuse of power, still has not begun.

It is possible that the meeting will take on tomorrow, April 27.

In court today was to consider the extension of a measure of restraint Naslovu.