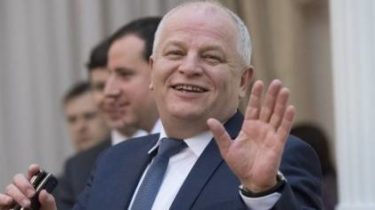 Vice-Prime Minister, Minister of economic development and trade of Ukraine Stepan Kubiv has declared that very soon between Ukraine and Turkey will create a free trade zone.

According to Kubiv, the agreement will conclude in autumn 2017 at the latest — already in the spring of 2018. About it reports UKRINFORM.

“Now in Ukraine — the best time for attracting investment. Here’s stabilized the economy, cheap labor, greatly reduced the corruption factor. It is already appreciated by many Turkish firms working in the Ukrainian market. In the autumn and in the spring of 2018 will be an agreement on free trade zone between our countries, which will accelerate investment processes and increase the cooperation between Ukraine and Turkey,” — said Kubiv.

Rada ratified the Agreement on free trade between Ukraine and Canada

Note that Kubiv was opened in Lviv of the Ukrainian-Turkish business forum, which is attended by the heads of major Turkish companies, the joint Turkish-Ukrainian enterprises, working in Ukraine, and also heads of the largest companies in the Lviv region with foreign capital.

Potential investors from Turkey are now familiar with the trade-economic and investment potential of Western Ukraine, in particular Lviv region.

Meanwhile, on March 14, the Ukraine and Turkey signed an agreement on simplification of trips of citizens to cross the border will be on ID cards.