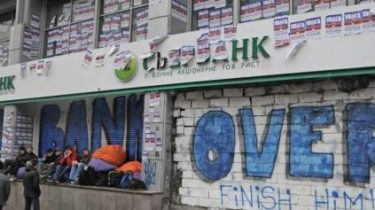 Ukrainian “daughter” of Russian “Sberbank” has filed an appeal against the decision of economic court of Kiev concerning the prohibition of the use in Ukraine of the trade mark “Sberbank”.

The financial institution noted that he had exercised his right to appeal, and therefore the decision of the court of first instance in force. About it writes “Interfax”.

Note that the right to use the brand of “Sberbank” on the territory of Ukraine is the Ukrainian “Oschadbank”. And after the war in the Donbas, many Ukrainians have started with distrust and aggression to deal with the Russian banks. So with then name of “Sberbank of Russia” in Ukraine has removed the word “Russia”.

Now the Russian “Sberbank” sells its Bank in Ukraine and leaves the Ukrainian market.