Debtors for utilities will not be assigned to subsidies. The main changes 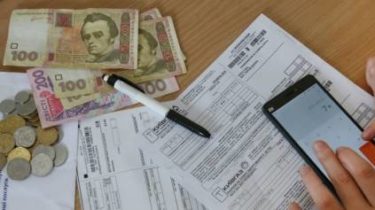 May 1 in Ukraine entered into force on subsidies. In particular, the Cabinet has lowered social standards on the use of thermal energy, electricity and gas, which is determined for calculation of subsidies for the population. Subsidies will not be reassigned for the next period to those who have arrears for housing and utilities for two months and more. And those subsidies will appoint, will inform by SMS or email.

Those who have debts for utilities, will still have a chance at a grant if you pay the debt or enter into the agreement on its restructuring. If no debt information was false, the purchaser should document it in a business unit on issues of social protection of the population. It is the Agency before and will send out “letters of happiness” about the failure to schedule subsidies to debtors.

The Cabinet also included in the list of goods and services, subject to funding, transportation and distribution of natural gas. That is, the so-called subscription fee for gas in Ukraine did impose.

Local authorities or the commissions established by it can now make decisions on the appointment of housing subsidies in cases not provided for in the applicable rules. However, funding such subsidies at the expense of means of local budgets.

Among the innovations and the fact that when the subsidy takes into account the income of family members subject to the tax to incomes of physical persons, and such income includes the allowance for children under guardianship or guardianship.

In this case, when calculating subsidies for reimbursement for payment zhilishchno-utilities is determined based on the average total income of persons over the four quarters (previously the preceding calendar year), two months before, which is assigned a subsidy and subsidy for purchase of liquefied gas, solid and liquid furnace household fuel according to the amount of income for the previous calendar year.

When calculating the subsidy for reimbursement for payment zhilishchno-utilities for the next period in may for households who receive a subsidy in the previous period, are considered income for the period from April last year to March of the current year inclusive.

The Cabinet established a social norm of housing for recipients of subsidies, a family which consists of one or two disabled persons in the amount of 75 sq. m per household.

Note that since may 1 in Ukraine began automatically to list grants for the next period in connection with the termination of the heating season.

The Cabinet also promised to pay Ukrainians up to 700 UAH for saved housing subsidies. On the government website teplo.gov.ua it is noted that the compensation given to those Ukrainians who saved 150 kilowatt-hours of electricity or 100 cubic meters of gas, if they were used for heating. To get the money you need from 1 July until 1 September to apply to the local Department of labour and social protection of the population. As calculated in the Cabinet, subsidies monetize 1.5 million Ukrainian families. Payment promise to pay by September 1.