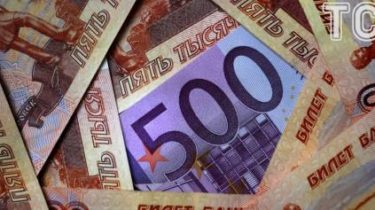 Russia is forced to reduce the funding of terrorist “republics” on Donbass from-for sanctions of the international community.

This reduction of funding for Russia also leads to higher levels of debt on social payments and delays of salaries to employees, “budget” companies.

During the meeting the men will be persuaded to serve under contract in the ranks of the Russian occupation forces.

We will remind, SBU “covered” illegal exchangers in Kiev, which financed the “DNR”. In the capital, the employees of the security Service of Ukraine eliminated the network of underground heat exchangers. As reported in the press service of the SBU, it was a “powerful channel of financing of the terrorist organization “DNR”.

His organization, involved three residents of Donbass, which acted at the direction of the top so-called “DNR”. This year, cyber criminals managed to smuggle temporarily occupied by terrorists the territory of the currency for a total amount of 60 million UAH. Couriers delivered the money directly to the so-called “Central Republic Bank DND”, then the currency used for the needs of illegal armed militias.