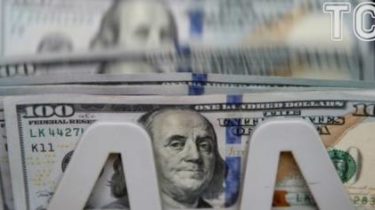 For two and a half years of Viktor Yanukovych as President, he and his entourage had stolen about 40 billion U.S. dollars. It’s like the state budget.

“Criminal organization Viktor Yanukovych included several groups. According to investigators, today a seven. We (HCP) analyzed in detail the activity of one of the seven wings of the criminal organization is the wing, which operated under the roof of Kurchenko Klimenko. These individuals oversaw the activities of certain sectors of the economy of Ukraine, – has told ENIN.

Deputy attorney General said that “they only Dnipropetrovsk region every month charged to approximately 100 million U.S. dollars, cash. It was a so-called tax courts. Then the money passed through a range of banking and financial transactions. This wing is kept under a thousand fictitious companies for whom was responsible for about 400 financial experts. The remaining 600 experts responsible for communication in the money supply and the activity of enterprises with the outside world. We are talking about the activities of the international “money laundering hub” where the money is laundered abroad, and then “bleached” used for the purchase of real estate, football clubs, yachts, parliamentary voting, or the so-called reinvestment in Ukraine – that is, the purchase of bonds of domestic government loan”.

Meanwhile it became known, who is in charge “depressed” and a militant factories and mills in the occupied Donbas.