“Man,” Kurchenko. Who runs the factories in the occupied Donbas 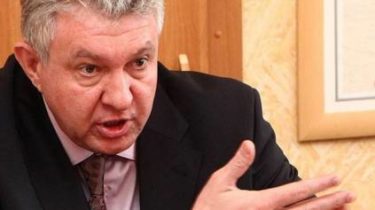 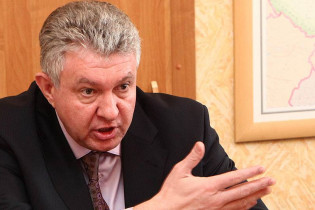 The factories and mills in the occupied Donbas is now headed by former Deputy Governor of the Irkutsk region Vladimir Pashkov. It is associated with the oligarch-fugitive of the “family” of Yanukovych Sergey Kurchenko.

“Nationalized” militants factories and enterprises in early April, passed under the management of CJSC “Vneshtorgservis” (CEO – Pashkov), was in the breakaway South Ossetia. About it writes “Kommersant”. In this company, no website, no office, no staff, and the Director once accidentally called in the report of one of the Luhansk trade unions.

Under temporary administration “of Vneshtorgservis”, in particular, came metallurgical plant “Donetskstal”, yenakiieve and Makiivka metallurgical plants, “Enakievo koksohimprom”, yasinovskiy coke plant, nusenkis ‘ makiyivkoks, Khartsyzsk pipe plant. These and other enterprises in the occupied Donetsk and Luhansk for March-April has already managed to rename the branches, and where the transferred employees.

Pashkov 12 years was in the Navy, worked for 10 years in the city of Bratsk. Then there was the first Vice-Governor of the Irkutsk region (up to 2014). In this role, he led two major projects – the relocation of citizens from the flood zone Boguchanskaya HPP and the development of alternative industries in Baikalsk after the stop of the local pulp and paper mill. The post he left on their own. Although it is said that he had a conflict with another first Deputy Governor. After Pashkov moved to Moscow, where he became owner of 40% stake in a small IT company Expertek, which specializiruetsya on the development and promotion of software for gas stations. In 2016, won the tender for 205 million rubles from the network of filling stations of “Rosneft”.

Pashkov is also President of the charitable Foundation of support for international humanitarian projects, which was registered in 2015. What does this organization is not known, since no website, no accountability and no.

On 25 February, the security Service of Ukraine said that the Fund Pashkov used to fill budget terrorist “LNR”. In particular, for the first quarter of 2017 militants had more than 11 billion rubles. Of these, 2 billion are warlords could gather up. The remaining amount through Fund Pashkov planned to provide financial assistance to “humanitarian needs” of the government of the Russian Federation.

The founder of the Fund Pashkova, according to the SBU, have also been international settlement Bank registered in the unrecognized South Ossetia (in Russia there is a Bank with the same name). From 2015, the Bank cooperates with militants from the Donbass as a correspondent Bank, and through him, the militants carried out their payments to bypass the international system.

Meanwhile, several companies in the occupied Donbas workers confirm that the plants came under the control of oligarch-fugitive Serhiy Kurchenko. “Vneshtorgservis” also supplies iron ore for the steel mills.

“The Minister of industry and trade of DNR” Alex Granovsky confirmed that “Vneshtorgservis” headed by Vladimir Pashkov with Russian citizenship, before that he was adviser to the President on economic issues. And who is behind them, we will not disclose so as not to harm our partners.” On specifying question, about what partners are we talking about, Granovsky said, “we have one Partner – the Russian Federation”.

After the introduction of external control in the factories in the occupied Donbas emerged three main issues: how to ensure supply of raw materials to the occupied territory so that enterprises could continue to work; who, instead of “Metinvest” Rinat Akhmetov will pay the salaries of their employees; what is sold is produced there products.

In mid-April it became known that the first of these three issues solved with rosrezerva. On 14 April the head of the Federal Agency for state reserves Dmitry Gogin has confirmed that Russia has been providing humanitarian support to the enterprises of Donbass.

To resolve the issue of payment of salaries and sales, at least at this stage, should “Vneshtorgservis” headed by puchkovym. “The Minister of industry and trade of the self-proclaimed DNR” Alex Granovsky assured that the question of repayment of debts on a salary before workers are already solved, and in coming weeks will be closed.

The question of marketing in this sense is more complex. 27 APR “DNR” leaders declared that after the forced pause resumed yenakiieve steel and Khartsyzsk sclerotomy rope factories. Commenting on the launch of blast furnace N5 at yenakiieve steel, the leader of “DNR” Alexander Zakharchenko told reporters that in a year it can produce 1.5 million tons of iron and 70% of production goes to the domestic market, the surplus will be exported”. But the big question remains, why the occupied Donbass as metal than they are going to pay for it and who’s going to buy products from “DNR” and “LNR”, does not come under sanctions.