Consequences of the blockade: with the new year Ukrainian TPP and CHP plant has reduced coal consumption by 20% 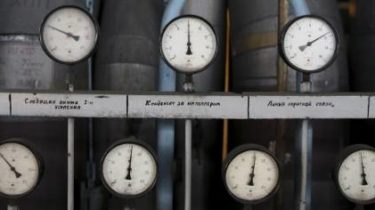 Thermal power plants (TPPs) and combined heat and power (CHP) of Ukraine in January-March 2017 reduced coal consumption by 20.1% (to 1 million 591,3 thousand tons) compared to the same period in 2016.

So, last year the consumption of coal to Ukrainian TPPs and CHPPs amounted to 6 million 315,1 thousand tons. Such information was published by the Ministry of energy and coal industry of Ukraine, reports Interfax-Ukraine.

Note that such a significant decline in coal consumption in March is associated with the blockade of supply of goods from the zone ATO, for example, the anthracite coal that runs half of CHP companies in the country that generate energy. In this regard, on 17 February in Ukraine there are emergency measures in the energy sector.

According to the Minister of energy and coal industry Igor Nasalik, the introduction of emergency measures at the beginning of may resulted in a saving of 1.7 million tons of coal and to increase its inventories to 2.2 million tons.

From March 21 due to the lack of reserves of anthracite coal brands suspended work Slavyanskaya TPP (“Donbasenergo”, included one unit 11-12 April and 29 April — 4 may), from April 5-6 — Dnieper (the”DTEK Dniproenergo”), Tripoli and zmiivska TPP (both “Tsentrenergo”), and April 11 — Kryvyi Rih TPP (“DTEK Dniproenergo”).

We will remind, today, on may 11, the Cabinet of Ministers at its meeting adopted a decision to extend the state of emergency in the energy sector for at least one month. These restrictions are the last three months and is necessary in order to ensure an uninterrupted supply of electricity to consumers. A state of emergency had to be introduced due to the blocking of the supply of coal from the occupied Donbass, you need to generate electricity.