The film is a murder investigation Sheremet was summoned for questioning 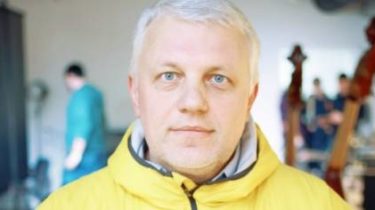 The interior Ministry summoned the authors of the film-investigation “the Murder of Paul” and the defendant in the investigation of Igor Ustimenko, who has previously worked in the SBU, in the case of the murder of journalist Pavel Sheremet.

This was stated by the Minister of internal Affairs Arsen Avakov, writes “Ukrainian truth”.

“Removing the emotions, a lot of facts in this investigation we were interested and we called in for questioning authors, and Igor Ustimenko,” said he.

We will remind, on may 10, the Network appeared the film investigates the murder of the journalist “the Ukrainian truth” Pavel Sheremet. On the creation ribbon worked journalists of the project “Classtwo.Info” and the international network of OCCRP.

The investigation revealed that the night before the murder of the journalist Pavel Sheremet in front of his house was spotted by former or current employees of the SBU. He was recorded by surveillance cameras. He was present near the house of Sheremet at least a few hours – and on this night under the car of a journalist laid the explosives.