Poroshenko told, when the people of Crimea and Donbass will be able to use bezveza 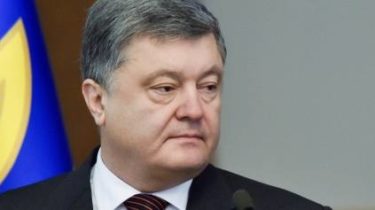 The President of Ukraine Petro Poroshenko during a press conference in Kyiv said that the inhabitants of the occupied territories will be able to take advantage of a visa-free regime with the EU after the return of Ukrainian sovereignty over the Crimea and Donbas.

“First of all – whether the Ukrainians of Donbass and Crimea will be able to take advantage of a visa-free regime… I truly believe that I can. Then, when the Crimea and the Donbass will return to Ukraine, when Ukrainian sovereignty will be restored,” – said the head of state.

He added that these advantages will benefit internally displaced persons following the appropriate procedure.

“And we have a very responsible attitude to every biometric passport, which is issued by the Ukrainian authorities”, – summed up the guardian.