Reporters learned about the fate of the girls, whose eyes of fire in the town killed the parents 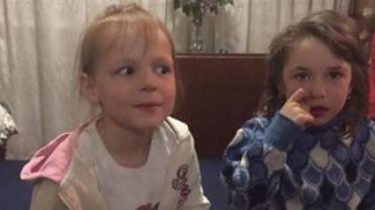 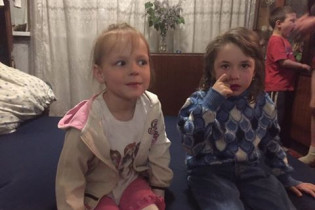 Just before the final of “Eurovision” on the frontline Avdeevka from the occupied territory hit the enemy guns. One of the shells hit the yard of the house, where its owners and their guests.

How many women and men died there — thought of the severed hand and foot. People broke up into pieces. The witnesses of the tragedy were two girls of preschool age. Both lost their mothers. Terrible story a few minutes of war in the story TSN.Week.

House Feb stood empty. His mistress together with her little daughter fled from the war and shelling, and stopped at home only for a few days.

It seemed that the attacks are not as powerful. Indeed, on Saturday evening around 19:15 to the area of Avdeevka lost just one heavy shell.

One photo at all — with a burning candle on a black background. Elena Aslanova, a 49 —mistress. Her godparents Olga Kurochkina, 51 years old, and Oleg Borisenko, 50 years. Their neighbor Mary wild, 33 years. First was busy in the garden, sat down for a chat in the gazebo, but the conversation was interrupted by the war.

13 minutes before the explosion Artem Churakov came in the social network — he’s 26, lives in Kyiv, is going to marry and came to the plant to make mother’s surprise.

As a result of relentless attack by fighters of Avdeevki orphans, two girls 6 and 7 years

Artem’s condition is extremely severe — in tomogram posted by physicians on social networks, is clearly seen — the guy just tore part of the head.

People fled from the attacks, as able — on every window in this home —icon or cross. The house itself is actually not damaged.

Two young girls, Sasha and Zhenya was saved by the fact that they were in the house — kids were watching cartoons.