The militants have covered “Hail” pig farm on the arc Svetlodarsk 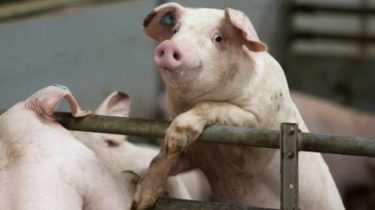 Almost a day trying to put out the fire in the village of Novoluganskoe, which arose as a result of the shelling of “Grad”. The militants struck at the pig farm on 92 thousand heads, says the story TSN.16:45.

The military said that such a powerful attack on Svetlodarsk arc was not long ago – on the Ukrainian territory, fired half a magazine of missiles. “Not one unit worked. And sighting positions, and civilians,” says the company commander with the Callsign “Daisy”.