101-year-old Englishman broke the record, becoming the oldest parachutist in the world 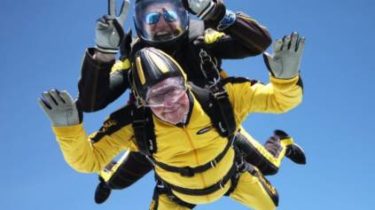 Bryson William Hayes, who was also named Verdun, made a record jump Sunday, may 15, writes CNN.

In Jerusalem prays for Ukraine nurse who loves to skydive

Interestingly, along with the new champion jumped eight members of his family, including his son, grandson and two great-grandchildren.

Recall the first time Bryson Hayes went skydiving a year ago celebrating his 100th birthday. He liked it so much that he decided to do it again.