Poroshenko instructed to establish a mechanism of blocking Russian sites 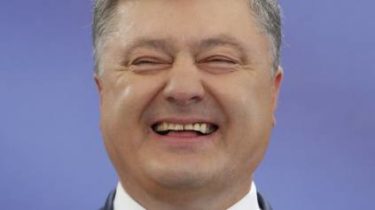 The President of Ukraine Petro Poroshenko instructed the Cabinet of Ministers, security service of Ukraine and the national Bank to work out the mechanism of implementation of decisions on application of sanctions against Russian individuals and legal entities. this is stated in the message of the NSDC.

“The Cabinet of Ministers of Ukraine, the security Service of Ukraine with the participation of the National Bank of Ukraine charged to develop the mechanism to ensure compliance of this decision”, – stated in the text.

The decree on the application of economic sanctions entered into effect the decision of the Council of national security and defense, extending the restrictive measures against Russia. Power Ministry made the decision on April 28 on the basis of proposals of the SBU, the NBU and the Cabinet of Ministers. It provides for the continuation of sanctions against individuals and legal entities.

The application of the sanctions envisaged by persons involved in the holding of illegitimate elections in the state Duma on the temporarily occupied territory of Crimea; legal entities of Ukraine located in the temporarily occupied territory of Crimea and Sevastopol due to the illegal re-registration under Russian law; the Russians involved in the illegal prosecution and illegal actions against Ukrainian citizens and legal entities “whose activities threaten information and cyber security of Ukraine”.

Also, the presidential decree provides for the establishment of a unified sanctions list for individuals and businesses.

As previously reported, on may 15 the President of Ukraine Petro Poroshenko by his decree led to operation NSDC’s decision dated April 28, 2017 “On the use of personal special economic and other restrictive measures (sanctions)” in respect of a number of Russian companies. According to information contained in the Annex to the decision of the Council, it is proposed for a period of three years to block the assets of Russian sites “Vkontakte”, “Classmates”, “Mail.”ru and “Yandex” and to forbid Internet providers to provide access to specified resources. While all of these sites are available in Ukraine.