The case of Sheremet: Dekanoidze says that he did not know about the facts, which found the media 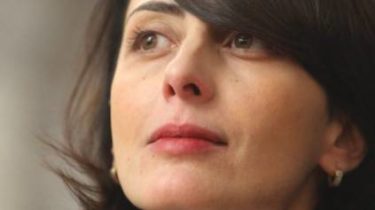 The former head of national police Khatia Dekanoidze said that he did not know about the facts that are reported by journalists in the film-investigation “the Murder of Paul” on the death of the journalist Pavel Sheremet.

About it reports ZIK.

She recalled that immediately after the murder in 2016 was created the task force. “But all of the investigation, and it is written in the criminal procedure code, for the GPU, it was investigating, although there were still representatives and security service and national police,” said Dekanoidze.

She stressed that she as the head of the national police was responsible for the case.

“But I’m not an investigator, in the end she could not review all the terabytes of video,” she said. Dekanoidze believes that the disclosure of the murder of Sheremet is a matter of honor for Ukraine.

10 may in the Network appeared the film investigates the murder of the journalist “the Ukrainian truth” Pavel Sheremet. On the creation ribbon worked journalists of the project “Classtwo.Info” and the international network of OCCRP.