What you should know about pension reform. Suggest young people today interested in your experience 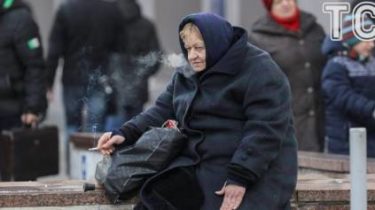 The government announced the beginning of large-scale pension reform in Ukraine.

Ukraine has a PAYG pension system. This is when there is one big bag, in which all the workers of the country throw a certain amount of money earned, and the government is trying to distribute them among all the pensioners. The idea of a change – when you are old you will be on the other side of the bag, you have all the workers will provide for old age.

The socialist system worked well until about 1980, while four young were fed one pensioner. The catastrophe began when this ratio began to change. Today it is apocalyptic – 10.5 million taxpayers speculate contributions that directly distribute 12 million pensioners. Still working a bit and one will contain two non-working. With such dynamics the last to receive a pension from the solidarity system will be the current generation of 35-year-old.

In the Pension Fund of Ukraine hopes that the joint system will be able to save if you place the order. Officials assure long mathematical formula. Supposedly informed persons in retirement received more than otchislili during working life. After the adoption of the reform, things will change. “If the life of the person working on minimum wage, all of life is paid with the minimum contributions, the person acquired a right to the minimum pension”, – said the Director of the Department of pension Irina Kovalko.

Reform must remove the leveling. That is, the amount of the pension will depend on the length of service and earnings. And this is the main change.

So, today, to go on a holiday, women have to work up to 58 years men up to 60. Consultants the IMF proposed to raise the retirement age to 63 for all years. And the logic in this, says the PhD candidate of the Institute of demography Lydia Tkachenko. “If two and a half years multiplied by 20 months and multiplied by 1750 UAH. 52 500. It saves one woman. Now, 70 thousand multiply. Turns 3, 5 billion hryvnia annually,” estimated senior fellow of the Institute of demography Lydia Tkachenko.

This is the money that could theoretically reduce the Pension Fund deficit and to provide future retirement. However, the government has managed to boast that raising the retirement age will not. To go on vacation is possible and in 60 years, on one condition. You need to have 25 years of experience.

Therefore, to find out your experience, you should obtain information about the number of real experience and the amount of social contributions paid. Those who do not have enough experience, you can buy. Math in this case is simple: you have to pay for all outstanding years, multiplied by the multiplier.

This service was used by more than six thousand future retirees. However, the government believe that the figure will continue to grow and put on those who are not officially working. Every fourth Ukrainian working age will not be able to count on any pension. Basically, those who receive salaries in envelopes. Now the only thing they can hope for is a meager social assistance from the state after 65 years.

And it turns out that even official employment does not guarantee that you pay a single social contribution. All now worth checking out. At least log in to your personal online account on the website of the Pension Fund. As it turned out are important not only years, but days. Where are the zero – experience does not count. All he had accumulated six years of age.