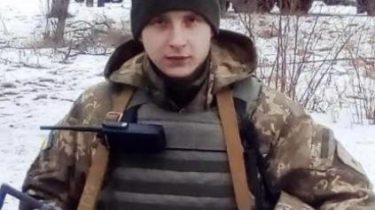 Monday, may 22, in the area of anti terrorist operations in the Donbass killed 18-year-old Ukrainian soldier Bogdan Ishutin.

A soldier serving under contract in the 44th separate artillery brigade, reports Gazeta.ua with reference to the press service of the brigade.

Ishutin died from fire injuries Monday around 4 am during the execution of official duties.

Bogdan, a native from the town of Terebovlya in Ternopil. Was the youngest in a large family, the house survived by his parents, two sisters and a brother.