On the verge of a scandal: fabulous discounts Ryanair in Ukraine has complained to the NEB 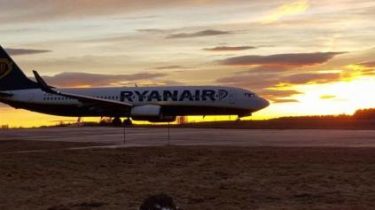 Ukraine is on the verge of a big international corruption scandal, whose main character can become the Minister of infrastructure Vladimir Omelian. The reason is the Memorandum between the Ministry and the Irish lokosom Ryanair, which recorded not only intentions, but also a commercial agreement, says the story TSN.19:30.

Earlier, the Minister denied the existence of a written agreement. “The meeting did not envisage signing any documents,” said Omeljan. But the text was delivered to reporters, puts the words of the official. The experts noted that such a document the officer had no right to sign as for the sake of one carrier they violated the existing international rules. Even before the recognition of the signing of the agreement Ryanair began selling tickets for the Ukrainian direction, that is nonsense, experts say. “You try, the Ukrainian carrier, thus to begin,” says aviation expert Vyacheslav Konovalov.