Fighters fired from mortars the post of throughput “Marinka” 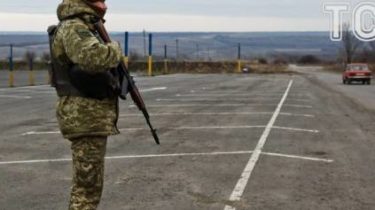 “Yesterday (may 25 – approx.ed.) night illegal armed groups almost half an hour fired on the positions of the control post “Marinka”, – stated in the message.

As noted, the mercenaries opened fire on KPVV at 23:05, the shelling was carried out from the village Aleksandrovka in the temporarily uncontrolled territory.

According to the border guards, during the shelling of citizens and vehicles at the checkpoint “Marinka” were, there were no injuries.

Separately noted that the guards in response did not open fire.

Recall, late in the evening the militants with heavy weapons fired on the hospital and College in Krasnogorovka. Damaged and private homes.