Ukrainian defenders have to push out the Russian aggressor, or to take his “cargo 200”. 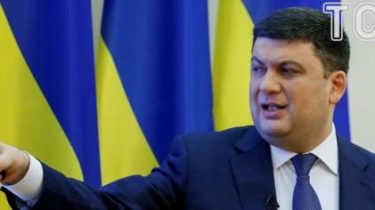 Prime Minister of Ukraine Volodymyr Groysman said that the Ukrainian defenders should be provided with everything necessary to “push” from the country of the enemy or to take out his “cargo 200”.

The Prime Minister said that during the hour of questions to government in Parliament, reports the UNIAN.

“I wish the Ukrainian military got all the best. Not only ties but also high-quality tank, quality weapons, quality technology. He was secure and could give one seat to the Russian aggressor and push him beyond the borders of our state. Or take them “cargo 200″ from the territory of our state”, – said Groisman.

We will remind, in the South of Ukraine will be a testing ground for the latest and upgraded models of weapons and military equipment.

“Work continues on the establishment of the state a testing ground for testing the latest and upgraded models of weapons and military equipment and combat training units of the Air forces”, – said the head of communications and press Ministry of defence Oksana Gavrilyuk.

Gavrilyuk added that work on the creation of a polygon continues for six months in the South of Ukraine.