The hail and fire from the fire in the school: there are details of enemy fire Krasnogorovka 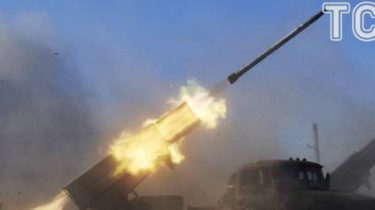 This morning, may 28, militants began shelling of Krasnohorivka.

On his page in Facebook the head of the Donetsk military-civil administration Pavlo zhebrivskyi said that the militants fired from grads, tanks and mortars.

According to him, several civilians received shrapnel wounds.

“The explosions damaged buildings SOSH 2, hospitals. On the second floor of the school fire. Rescuers liquidated the fire. The shrapnel wounded several civilians. Information is specified. There are divisions of gschs”, – stated in the message.

Zhebrivskyi also added that the shelling of the city continues today.

According to him, already there is evidence of damage 7 houses on the street Nakhimov, Tolstoy, and Mayakovsky street. He also added that the fire in the school and the hospital eliminated.

“Two women suffered, which lay in the neurology Department of city hospital. As a result of hit of a shell the house on the street injured a woman”, – Abroskin added.

In addition, he said that the police bypass the damaged homes and provide assistance to civilians.

We will remind, today, on may 28, 6:40 am militants began shelling of Krasnohorivka. Several shells fell in the residential sector. Police officers under continuous shelling began evacuating the staff and patients of therapeutic branch. Basically, it’s the elderly.