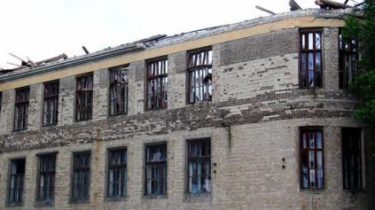 For the past day militants in the Donbas 48 times opened fire on the offices of the armed forces of Ukraine, said the headquarters of ATO.

Coastal areas. Terrorists fired at positions on the approaches to Krasnogorovka. They also used the weapon in the area of Marinka, Carmalita, Shirokino, Water, Pavlopol, Hnutove, Novotroitsk.

Donetsk direction. The rebels were beaten by the fighters of anti-terrorist operation in Avdiivka, Pisky, Zaitsev.

Lugansk direction. Shelled Ukrainian soldiers near Katerinovka and Crimea, near the towns Valuyskoye and Donets, as well as near the Trinity.

In the fighting over the past day, 7 members of the armed forces of Ukraine received combat wounds and injuries.

We will remind, on may 2, militants fired at Krasnogorovka, eight local residents were injured and injuries.