In Ukraine a quarter of adults smoke: how to give up addiction 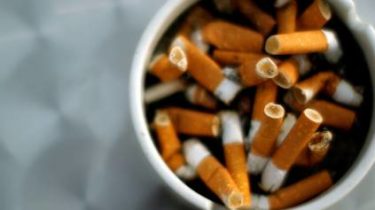 Wednesday, may 31, the world celebrates world no tobacco day. Date introduced 18 years ago to draw attention to the dangers of Smoking and reduce the amount of tobacco depend. Annually, according to the world health organization, the effects of Smoking kills more than 7 million people, according to a story “Snidanku 1+1”.

Addictions suffer and Ukrainians. Ukraine smoke nearly a quarter of adult Ukrainians. And according to polls, two thirds of them want to quit Smoking. But to overcome nicotine dependence easy.

To quit Smoking for several months trying 27-year-old sculptor Taras. Therefore have already replaced cigarette new electronic gadget – vaping. However in filling the cartridges have nicotine and a bunch of other dangerous substances that ruin health.

As of today, Ukraine has every 5th teenager aged 15-17 years tried this electronic cigarette. And they encourage the children subsequently go to regular cigarettes.

Heart disease, respiratory, lung cancer is not a complete list of diseases that threaten the smoker. In General, tobacco smoke contains more than four thousand components, in particular those that provoke terrible mutation in the body. This considerably affects not only smokers but also those who are close.

A good motivation for quitting Smoking is the price of cigarettes. If we take the average cost of the cigarette, which is about 20 hryvnia per day, for a year, get 7300 UAH. Think for these tools nice application.

Every tenth person in the world dies from Smoking

It should be noted that in General in Ukraine have been able to quit Smoking about three million people.

Note, if you have tried to quit and you failed, you need to analyze your own experience: why it happened, what mistakes were made. Next is to make another attempt, then another. If persistently to do this, determine what you want to become a non smoker, will succeed.

Some researchers suggest those wishing to quit Smoking to add to your diet to hell. It is the largest source of natural nicotinamides. And to quickly excrete harmful substances, drink as much liquid as possible.

So, after a month of quitting a person improves the immune system. After 2 months – recovers skin color and elasticity. After 3 months of completely normal blood circulation. The liver will regenerate in 6 months, and 8-10 is completely cleared lungs. After 1 year reduced the risk of stroke, heart attack.

In short, if you think to give up Smoking, do not delay this decision. The longer the experience of the smoker, the harder it is then the body to recover.