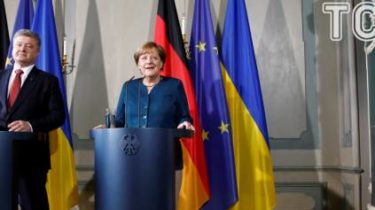 Deputy foreign Minister Elena zerkal does not exclude the meeting of the leaders of the “Normandy format” (Ukraine, Germany, France, Russia – ed) in the summer.

She declared it on air “5 channel” – write Ukrainian news.

“I think the meeting in the summer is quite real. Merkel is very involved in this process, previously discussed, that this meeting will be held after her return from summer vacation” she said.

We will remind, the day before, may 27 the newly elected President of France Emmanuel macron called for a meeting in “Norman format” in the near future.