In Kiev was renamed Prospekt Vatutina on Shukhevych 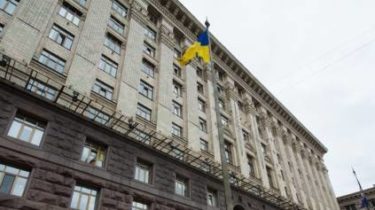 Prospect General Vatutin was renamed the Avenue of Roman Shukhevych. The decision adopted by the city Council on Thursday, June 1.

At the meeting for a decision voted 69 deputies.

The decision of the deputies met with applause and cries of “Glory to Ukraine – glory to Heroes!”.

Note that at a meeting of city Council was attended by the son of Shukhevych, MP Yuriy Shukhevych. He thanked the MPs for the decision, but stressed that Kiev is still a lot of “birthmarks of Bolshevism”.

We will remind, earlier it was reported that the capital was renamed the railway station “Kiev-Moscow”.