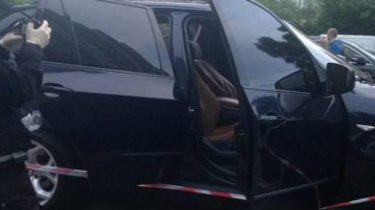 Friday, June 2, in the Dneprovsky district of Kiev shootings in which one person received gunshot wounds.

According to her, the incident occurred on the Kharkiv highway. Pre-installed, the attacker fired several shots towards the victim, took his purse and ran away.

At the scene police seized shell casings, and now communicate with witnesses and eyewitnesses.

The police establishes the circumstances of the incident. The issue of opening of criminal proceedings.

We will remind, on the eve of the capital’s Podil shooting occurred. Volunteers battalion “Kiev-2” Adam Osmayev, which in Russia is accused of plotting to assassinate President Vladimir Putin, and Amina Okueva came to interview with the alleged French journalist. At the meeting, he pulled a gun and got to Osmayev. His wife Amina began shooting in the response of premium firearms and shot the attacker. According to her, he was a coward, and after retaliatory fire, immediately surrendered.