Famous Russian football fan of “Euro 2016” was a pornographic actress 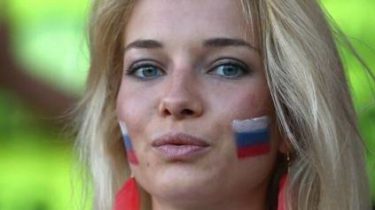 Famous Russian football fan who became famous during the “Euro-2016”, was a pornographic actress. About this in his Twitter wrote journalist of the Russian newspaper The Village Kirill Rukov.

Note that in 2016 the girl was named “star Playmate of the year”. Last year, the model became famous due to the fact that a major sports publication actively posted photos of her.

Explain one again: pornography is not bad, it should be legalized, and funny are just what the girl informed force the conservatives.

We will remind, earlier the famous American pornographic actress admitted as told his parents about his profession.