The militants again shelled Maryinka with mortars, there are wounded 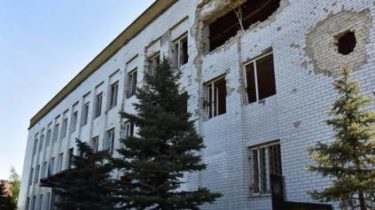 2 Jun about 17 hours during attacks of positions of forces ATO in the area of Marinka, under enemy fire hit residential areas of the village. According to local residents, the militants fired Minsk agreements prohibited 82 mm mortars. One of the shells hit a residential house on the street Prokofiev, resulting in a 20-year-old girl and 71-year-old man received shrapnel wounds. Both victims were taken to the hospital goals. Their condition doctors described as satisfactory.

On-site fire Supervisory working group of the Ukrainian side of the JCCC. Information about other victims and the destruction of buildings specified.

“The Ukrainian side condemns the actions of illegal armed groups ORDO for the use of prohibited weapons in the settlements that jeopardizes the life and health of the civilian population. Such actions of the ORDO indicate interest in further escalation of the conflict are unwilling to respect the ceasefire and conscious fulfillment of the Minsk agreements”, – informs the Ukrainian side of the JCCC.