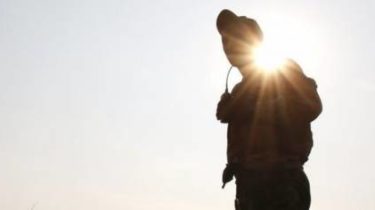 This part of the front has become the epicenter of fire of enemy activity. In particular, the Ukrainian soldiers who hold the Fort in the area of human settlements Crimean and Novomoskovsk, the militants intensively during the day fired from artillery systems of caliber of 152 and 122 mm, 120 mm and 82-mm mortars, from time to time – from grenade launchers, heavy machine guns and APCS. In the same direction illegal armed groups from grenade launchers beat nearby Gold and Luhansk. From heavy machine guns near Novoaleksandrovka.

Coastal areas. At about 14.00 hours the Ukrainian positions in the area Chermalyk militants fired from jet systems of volley fire. Ibid., and also near Shirokino, the enemy today, fired from 120-mm mortars. From grenade launchers and small arms, the mercenaries opened fire on the fortifications of the ATO forces near Pavlopolya, Water and Marinka.

The direction of Donetsk. At dawn the enemy struck at Ukrainian strongholds in the suburbs of Avdeevka of 122-mm artillery systems. There, as well as in the area of Lugansk and Zaytsevy, under the control of the NFP systematically to bombard the fortifications of the ATO forces from infantry weapons and mortars caliber 82 mm

Recall that in Luhansk the militants provoked the battle near the village of Zhelobok.