Weapons and fighting skills of the MPs: members of Parliament shared memories about “dashing 90-x” 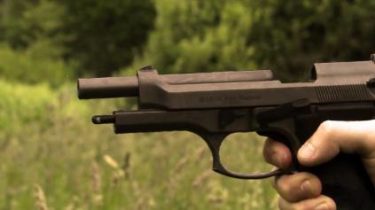 The case of Amina Okueva, which is due to the presence of weapons were able to thwart the attempt on the life of her husband, made the journalists ask are the Ukrainian MPs to defend itself. Politicians talked about their weapon skills and unarmed combat, according to a story TSN.19:30.

MP Mosiychuk was admitted that the weapon is in “very good” relationship, unlike Chernenko, who said that “we are not just different planets, different galaxies”. The purse keeps your gun Korchynska – she feels without a weapon “a little Nude”. Syumar told about the mission in his office and the skills of shooting from a Makarov pistol. But Chornovol believes that it can defend itself and feels very helpless.

To protect intelligence intends in which case Gerashchenko. And Constantine called running in the opposite direction from the attacker’s best response to danger. What is the danger – some of the deputies knows from the turbulent 1990s. “Just thrown from the second floor of the Mukachevo hospital, this is a story”, said Pavlenko. “One time I was pushed into the pit the bandits head flew down, broke his shoulder and neck. And the second time the hammer struck on the head,” – said kupriy. But Dubinin in response to the question about self-defense has demonstrated a fighting stance.