The miners occupied the Donbas are preparing for mass protests – Tymchuk 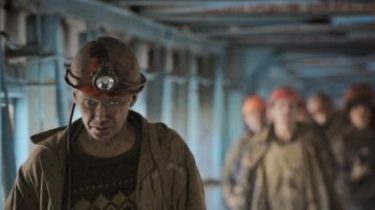 In the occupied districts of Donetsk region growing protests.

About this in his Facebook said the MP, leader of the group “Information resistance” Dmitry Tymchuk.

“Among the population of the temporarily occupied territory of Donetsk region growing protests related to the actual termination of the major coal companies resulted in the “nationalization”, – he wrote.

Taking into account the loss of market on the territory controlled by Ukraine, the solution of the problem in the short term no, Tymchuk noted. This, in particular, led to delays in the payment of pensions and salaries working on businesses.

“In this regard, among the miners, who is on unpaid leave, all is more actively discussed a question of organizing mass protests in defense of their rights (Donetsk, Makeyevka, Yenakievo, Gorlovka),” – said the MP.

In Donetsk, he added, because of lack of funding, the planned reduction of approximately 600 employees of structural subdivision “Doneckgorteploset” “GP “Donbassenergo”. The wave of cuts is expected on 10 June 2017.

We will remind, on 1 March, the leaders of the militants “L/DNR” announced that about 40 Ukrainian enterprises, which are in the occupied territories of Donbass “under external control” because of the trade blockade of Ukraine.