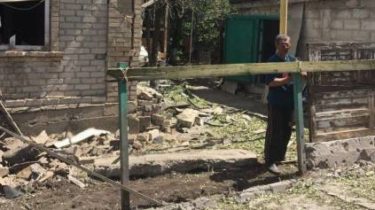 The militants opened fire at about midnight on Saturday, June 10. They fired four shells of 122-mm artillery.

Half an hour later the rebels made another attack, which took place near the residential quarters of Krasnogorovka. Eyewitnesses counted about a dozen explosions.

Recall, June 3, militants shelled a residential sector of the settlement Krasnogorovka, applying Minsk agreements prohibited weapons. One of the mines of calibre of 82 mm fell in the yard Krasnogorovka secondary school №1 in microdistrict solar. Fortunately, children and teachers in the school at this time was not. In the same neighborhood, two more mines exploded near a residential house. Wounded woman, a local resident.