Militants fired from tanks on residential sector of the Town. Chronicle of the ATO 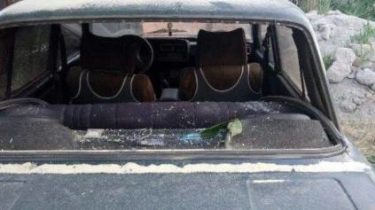 Sunday, June 11, in the area of ATO in the Donbas fighters 67 times opened fire on positions of Ukrainian military and settlements. As a result, two soldiers were killed and another four were injured and combat trauma.

“Due to the fact that the Russian-terrorist gangs continue to use arms against the Ukrainian soldiers, the operational situation in the ATO area remains difficult. 67 times militants opened fire on the armed forces of Ukraine over the past day. Repeatedly used by the enemy and artillery weapons, which according to Minsk agreements, should be given at certain distances from the contact line. However, under the control of armed gangs in the East of Ukraine not only neglect the observance of the agreements on de-escalation of the conflict, and continue from time to time to hit the residential quarters of frontline settlements and damage important infrastructure,” – said in the report.

The militants struck again on the eve from the tank to the homes of the Town. It happened about 18:00. First, they say the headquarters of ATO, the militants fired at Ukrainian military positions at the local industrial zone. Then the shells flew in the old part of the city. The shards broke three private houses, electricity cables and a car that was standing on the street. Among the population there were no injuries.