“Ex-Minsk received a letter of happiness”: Klimenko reported about suspicion 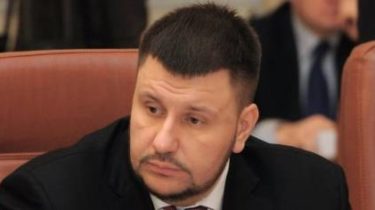 The former head of the Ministry of income and fees Alexander Klimenko reported about suspicion in Commission of criminal offences under article “creation and participation in a criminal organization and of abuse of official position”.

This was reported by the chief military Prosecutor Anatoly Matios.

According to him, Klimenko and his henchmen, among which, in particular, the detainees informed the tax authorities, are suspected of causing damage to the state $ 96 billion.

Earlier it was reported that the operation resulted in exposing tax schemes “Yanukovych-Klimenko” was arrested 23 officials. Among them, the tax officials from different regions of Ukraine. They are suspected of causing damage to the state by 96 billion UAH.

Soon after the arrest of several people was released on millions of mortgages.