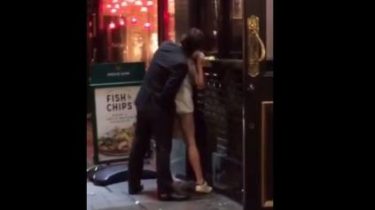 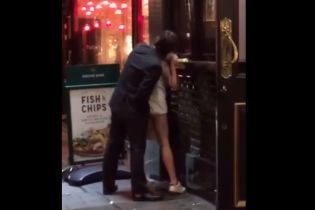 The video was filmed and posted on his page in Facebook a resident of London chain Upton.

Next to a pair of street musicians playing the accordion Lambada.

We will remind, recently the passengers took video of sex couples right in the cabin. The incident occurred on Board of the Irish airline Ryanair. The crew quite a long time did not intervene in the situation. Now, the airline promises to investigate and make liable those who indecently behaved.