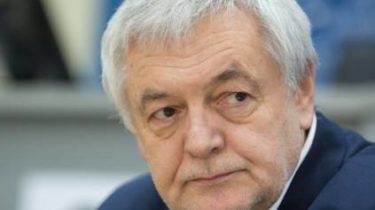 Question queues on the Western border of Ukraine will be solved when the state will receive a membership in the European Union.

This was stated in interview to “Focus” the Ambassador of Poland in Ukraine Jan Inferno.

“The problem with the border will disappear in principle, when Ukraine will become an EU member. Poland would, it is beneficial that you start to received a membership perspective”, – he stressed.

According to Hell, is the point of view of any Polish government, including the current.

“Now there is a problem with the machines. Part of the Ukrainians goes on the cars with Polish registration, and every five days they have to cross the border, it generates huge traffic and brings about the queues. If your Parliament was able to resolve this issue, the situation would be much improved,” the Ambassador added.

In addition, Inferno reminded that Poland issued a loan million euros to improve the border infrastructure on the Ukrainian side, which should also help to resolve the issue with the queues at the border.

“In addition, there is a train Kiev-Przemysl will be running another train Lviv-Krakow and Kovel-Hill, it gives the opportunity to cross the border without queues”, – he concluded.

Recall that on 11 may the Council of Ministers of the European Union adopted the final decision on visa-free regime for Ukraine. It was the final authority in obtaining permission to cross the EU border without a visa.

Thus, the Ukrainians from June 11 became eligible to ride in all States of the European Union, in addition to the UK and Ireland, which have special conditions in the Schengen agreement. At the same time they can travel without visas to the four countries that do not belong to the EU but are in Schengen – Iceland, Liechtenstein, Norway and Switzerland.

The benefits of open visa-free regime for holders of biometric passports. Citizens with valid Schengen visa and passport of the old sample will also be able to enter the territory of the EU after the introduction of visa-free regime.